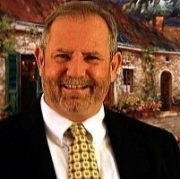 Jack Wooten the firm founder, is a semi retired AV Rated 5.0/5 attorney with 26 years of experience in handling workers’ compensation, civil, subrogation and corporate matters.   Mr. Wooten attended Cal Poly and received his JD from Kensington University School of Law.  Prior to law school, Mr. Wooten served in the United States Army as an Advanced Infantryman, Honorably Discharged, and then  worked for many years in the electronics industry, owning and managing his own companies.

Since his admission to the California State Bar in 1994 he has primarily specialized in representing insurance companies, TPAs and employers in workers’ compensation and civil matters.   He has also maintained his association with the electronics industry by serving as Corporate counsel for an electronics company for his entire career.

Mr. Wooten is admitted to practice before all the courts of the State of California, the United States Supreme Court, and United States Federal Courts. He has also served as former co-chair of the defense workers' compensation section of the San Diego County Bar Association and occasionally served as a Pro Tem Judge at the San Diego Workers' Compensation Appeals Board.  Mr. Wooten also devoted some of his time working as a mediator in large loss workers’ compensation cases.  He has maintained a Preeminent peer review rating from Martindale Hubbell since 2005, is a member of the Nationally Recognized Claims Litigation Management Alliance "CLM" and has been continually named one of San Diego’s Top Lawyers in the San Diego Magazine. 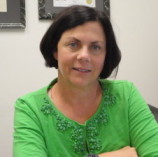 Mary McLaughlin Davis is the current principal owner and co founder of the firm.  She obtained her undergraduate degree in government studies from Saint Mary's College of Notre Dame in South Bend, Indiana.

Prior to law school, she worked for Merrill Lynch.   She later pursued her juris doctorate from Widener University School of Law in Wilmington, Delaware, where she completed the intensive Trial Advocacy Program.

A native of Philidelphia, Ms. McLaughlin Davis practiced law in the Philadelphia area for 16 years, specializing in workers' compensation defense, subrogation and general liability defense.  She was a founding principal of Davis & Dombrowski, a boutique litigation practice devoted exclusively to workers' compensation defense in Pennsylvania.  Under her direction and management the practice grew from 2 attorneys to 8 in a four-year period and represented the largest employers, insurers and self-insured entities on the east coast.

She also served a six year term as a hearing officer for the Disciplinary Office of the State Supreme Court, where issues of attorney ethics are adjudicated for the State Bar.

In 2008, she relocated to California and continued her career as a workers' compensation defense attorney and subrogation specialist.  In her spare time, she serves on the Board of Trustees for Saint Madeleine Sophie Center, a non-residential facility for developmentally disabled adults in San Diego, and enjoys biking, running, and enjoying the Southern California weather.